To me, the star of this series will always be Chaita. She was not the first to turn up at my construction site, but once she turned up, she became instantly connected to us and turned up every single time we visited. At first, she was called the "site dog", who then became Sita or Syta and then the S softened to a Ch, just as our hearts softened for her. Thus she became Chaita and this is her story.

(If you missed our earlier blog that introduces our protagonists and want to catch up on that first, here you go.)

Back then, I was not visiting the farm regularly. I was there once a twice a week and she always turned up. She was skinny and while I managed to feed her on days I was there, I was troubled by the days I was not around. There was not a soul around to feed her. Each time I went, I was worried she would not have made it through the week, but yet, there she was, frail and friendly. Her attitude and strength awed me each time! Dogs are such resilient animals. I always knew that. But to have such a lovely attitude in the face of such harsh living conditions is something else. Not all dogs do that. Most of us humans are incapable of it. If I skip a single meal I become rather irritable and I am guessing intolerable to others. But this girl! She humbles me. I sped up my relocation to the farm, just for her, so that I could start feeding her more often. I am glad I did. My life needed that. I also love that my life's journey is influenced by dogs so much. This is the part of my life that is most meaningful to me now and I guess just as meaningful to Chaita. Sharing that with an animal is special. Hence, Chaita is special to me.

Chaita turned up on site, nothing more than a bag of bones

Chaita's attitude towards humans is not the only thing that amazes me. Her attitude towards dogs is fascinating. First up, is her dynamic with Cheeru. Cheeru hates her! Sometimes I feel a bit embarrassed to acknowledge it and I have to remind myself that I too feel less than benevolent towards some members of my species. Therefore, I do not really have the right to judge Cheeru's likes and dislikes of members of her species. So, while I ensure that the dogs meet only if they all seem calm, ensure that Chaita can eat in peace and has the option to run away if she felt overwhelmed by Cheeru, I let the rest of it play out, try not to judge. When I suspend judgement, what I get to witness is remarkable, to say the least.

Cheeru bullies Chaita. That is evident. But Chaita fawns for Cheeru. At first, I felt that Chaita may be the dog that is often picked on and that she is used to being picked on. Some label such dogs as "submissive dogs". But this is an error of oversimplification to try to label sentient beings like this. As expected, Chaita defies labels. She is no "submissive dog". She is assertive and a bully in her own right when it comes to other dogs like Rita and Elvis. So you can imagine the drama that unfolds when all the dogs are on site.

The day Chaita and Rita let go of their differences

Cheeru bullies Chaita, but fawns for Elvis and dances for Rita. Chaita fawns for Cheeru, but intimidates Rita and blows hot and cold towards Elvis. But one of the days, all the dogs were part of one merry gang and Cheeru had been left out. I can almost see these dogs change avatars...moving from "shy dog" to "super dog" based on who they are interacting with and what seems to be the "mood of the day".

I can perhaps guess why Chaita fawns for Cheeru. Chaita loves me. As soon as Cheeru is out of sight Chaita comes up to me, ears pulled back, butt wiggling, tail wagging and eyes shining so bright that she can be my sunshine on a gloomy day. She gets me to pet her, though I am no more the one who feeds her. To avoid conflict I have someone else feeding her on my behalf, but Chaita still comes to me to bond with me. Is it this bond that influences Chaita's attitude towards Cheeru? Does she recognize Cheeru's significance in my life and is Chaita playing it smart? Of course, you can read more about Cheeru's strange social behaviour here and you'll see that we are nowhere close to cracking that either and there is good reason for that.

If you were expecting a scientific discussion on these behaviours phrases like "super dog" and "mood of the day" are perhaps not what you expected. But this is not my fault! The fault is that of the field of animal behaviour itself, which has largely ignored affiliative and cooperative social behaviour of animals and focused on competitive and agonistic behaviours like domination, submission, aggression, predation etc... This focus is somewhat intentional and is really more political and religious, rather than scientific. I do not want to dive deeper into this topic yet. It warrants a whole blog of its own or maybe even a series of blogs. But it does warrant a brief discussion here.

The good news is that there is a slow, but growing realisation that animal behavioural science has erroneously left out rather significant parts of social behaviour, focusing on the more masculine and "loud" behaviours that are mostly to do with conflict. Affiliative and collaborative behaviours are frequently dismissed as "sentimental anthropomorphization" and it is often the women who are accused of this. Yet, the biological world is full of evidence of affiliative and collaborative behaviours, not just among animals, but plants and fungi too. Scientists have been sharply censured for using words like love, friendship, sharing, grief etc... And yet these are the very ideas at the heart of the interconnectedness of the world. Every day new evidence emerges of this interconnectedness and every day we feel the pain of the climate catastrophe that ignored this interconnectedness with labels of "sentimentality". Science is expected to be objective and yet it is the stalwarts of science who used pejorative labels to keep a whole aspect of life out of the discussion. An important aspect on which life itself is built and sustained.

Chaita and Cheeru have found a way to coexist grudgingly

Chaita's behaviour feels so strange and hard to explain because the current framework for animal behaviour is missing more than half the story. This half is hard to talk about because of a missing vocabulary and the words available for use are heavily loaded. This disadvantages those of us who are earnest about learning about animals despite our intellectual and cultural baggage. How can we understand friendship and love in animals if we have been trained not to see that in animals and are not open to seeing it in them? This is our baggage that we need to shed if we want to enter the magical world of animals. But it hurts us to shed this baggage, that has been part of us for generations and has been institutionalised to the point of us being proud of this baggage we carry. "I am scientific", I used to say with much pride. Now, as I sit and nibble at my humble pie, I wonder how much of Chaita's life remains hidden behind by scientific blind spots. All I know is that I love her and will continue to witness their life with humility, curiosity and awe. 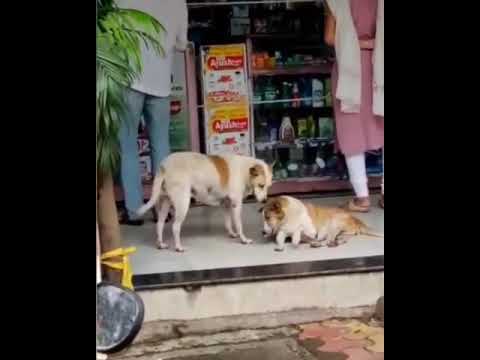